What Attracts Online Bingo Players To The Game?

When It All Began
Online bingo has been on the go in the UK since around 2002, but in those days there weren’t many bingo sites around. Today there are hundreds of gaming sites that operate in the UK, but the biggest attraction is playing bingo games on a mobile device! Who would have thought this would have ever happened?

Mobile Has Taken Over
If we go back in time, to around 2002, (14 years ago), only the rich and famous owned a decent mobile phone. Nowadays, nearly every single household has them, and people own other mobile devices, including tablets and iPads. There were no clues back in 2002, that mobile bingo was going to take the world by storm.

What Makes Bingo Players Love Online Bingo?
So what is it that attracts bingo players to play online bingo? I will start by explaining how bingo fans used to play the game, then move on to why they prefer to stay at home and play online bingo.

Bingo Halls – The Good Old Classic Way to Play
People used to flock to the bingo halls, where they would meet up with their friends and hope they won the game. Tickets needed to hand marked with a dauber/pen, and if you missed your winning claim, then you lost the winning cash too.

Playing Bingo At Home
Then came along online bingo, then the smoking ban in bingo clubs was introduced. This saw a big decline in how many people attended the bingo halls. People liked to stay at home, and play bingo via their PC/Laptops. This meant they could relax in their Pyjama’s and have the freedom to do whatever they liked, while playing the game.

Don’t get me wrong, there are still many established bingo clubs out there today, but online bingo has certainly had a huge impact on how things used to be in the clubs.

10 Reasons Why People Prefer Online Bingo Sites to Land Based Clubs
1. They don’t have to venture out into the cold
2. People don’t have to dress up, and can relax in their Pyjamas.
3. The electronic online bingo game is automatic.
4. Players will never miss their winning call. If you miss the winning call in a bingo club, then you lose your winnings.
5. The prizes are much bigger, compared to a land based bingo hall
6. Free bingo, and bonuses are given to users. Land based bingo don’t offer these.
7. Bingo players can spend how much money they want, from £5 upwards. The cost of playing in a bingo hall is much higher.
8. People can smoke cigarettes, and eat if they desire to do this, but they couldn’t smoke in a bingo hall.
9. Bingo players can chat and meet fellow users in a chat room. Land based bingo people meet face to face, but some people prefer to just type to fellow members, via a chat box.
10. Online bingo sites offer chat games, where players can win bingo bonuses for free. This isn’t an option when playing in a bingo hall.

Conclusion
If you enjoy going out and playing in a bingo hall, then online bingo wouldn’t be for you. But we know that the majority of players prefer to play online, rather than in a land based club. This is for the reasons mentioned above, and let’s face it, nowadays you can play online bingo on the move and at any time, no matter where you are via a mobile device.

So, why would we want to go out to a bingo club, with today’s technology? Even mature ladies prefer to play the online bingo version, and many have been taught how to work a PC/Laptop/Tablet to enable them to play the game online, that they love called BINGO! 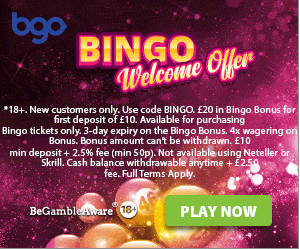 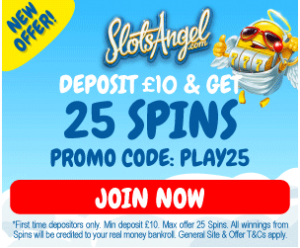